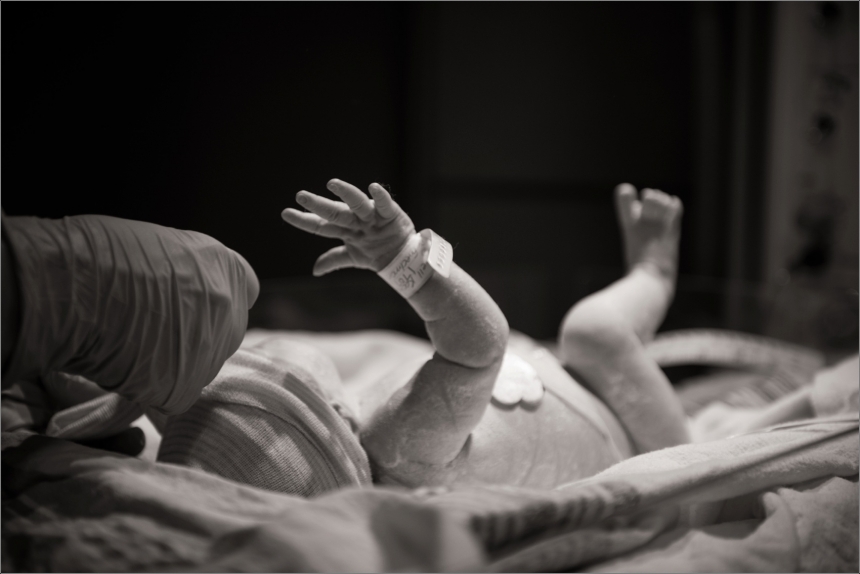 Born on November 6, 2015, at 5:07 PM, weighing 6 pounds and 13 ounces, and 19.5 inches long… Miss Elizabeth Anne Denton (“Ellie”) was welcomed into this world. I have a NIECE!!! Scoring a perfect 10 on the Apgar test… she is pure perfection. I couldn’t be more excited for my brother, Rachael, and my nephew Maury Jr. for their growing family!

It was 1:35 PM on Thursday, 11/5/15, when I got the text from Maury… “It’s official. Water broke. So baby girl coming in next 24 hrs!” That news threw us a curveball because Rach’s due date was 11/24! This little one was prompt! I immediately called my parents (they live 2 miles from my house) who were already packing their bags and waiting on Betty (Rachael’s mom) to get to the house so they could make the 6 hour drive up to West New York, NJ.

When Maury Jr. was born (only 13 months ago) I was traveling in Omaha, NE and missed the whole experience at the hospital with them. Instead I got there 24 hours later once they were already home which was still an incredible time but still wish I had been with them in the hospital. SO! I was happy to know that my sweet little niece gave everyone a little notice so we could take action. I then contacted one of my clients to reschedule a shoot we had planned for the next day (I felt so terrible doing so but was grateful for their understanding and flexibility, thank you again Jenny!!). I then booked a one-way flight to come home Saturday night since I had 14 Holiday Mini-Sessions to shoot on Sunday! Whew!! I was mentally preparing myself knowing that it would be quite a whirlwind for the next 72 hours… and it most certainly was!!

My parents scooped me up and we were on our way! The car was packed to the gills and you could feel the anxious excitement in the air as we made our way to NY! We made it there without much traffic at all (thanks for driving Dad!) and I was able to get caught up on work/editing/emails along the way, which took a lot of the stress off me once we arrived.

We walked into their apartment and Maury was all smiles. Rachael was cool as a cucumber! Instead of relaxing on the couch she spent her day having lunch with girlfriends and cleaning… wait?! Didn’t your water just break?! Aren’t you having a baby tomorrow?! This is the girl that just one year ago was in labor for 6 hours with Maury Jr. with NO epidural… yes… she’s superwoman! We spent the evening talking, laughing, and chatting about logistics for the following day. To say the least, none of us got much sleep that night… it felt like Christmas Eve!

Morning came and I got to play with Maury Jr.!! Despite his head cold (which I now have but totally worth the snuggles I got with him!) he was a ball of energy – playing with his toys and dancing to Frank Sinatra. Mom made a delicious breakfast. It was a perfect fall morning. Before leaving for the hospital, Rachael wanted to bare all and rock out some maternity portraits – and so we did! It was my first attempt at fully nude maternity portraits. They have a large bay window in their apartment and the morning light was pouring in. Rachael was glowing! Her beauty, her pregnant belly, her confidence, her calmness was so awe-inspiring. 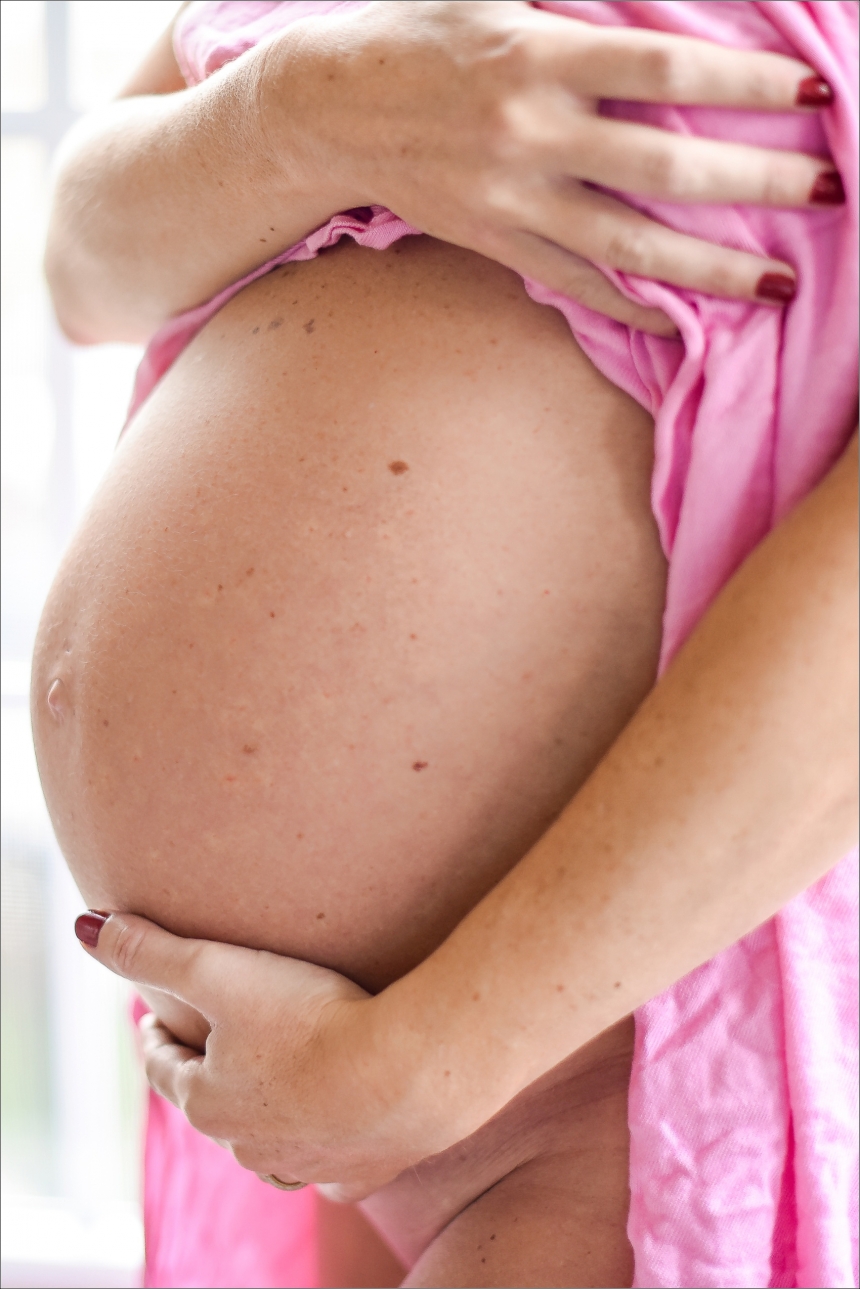 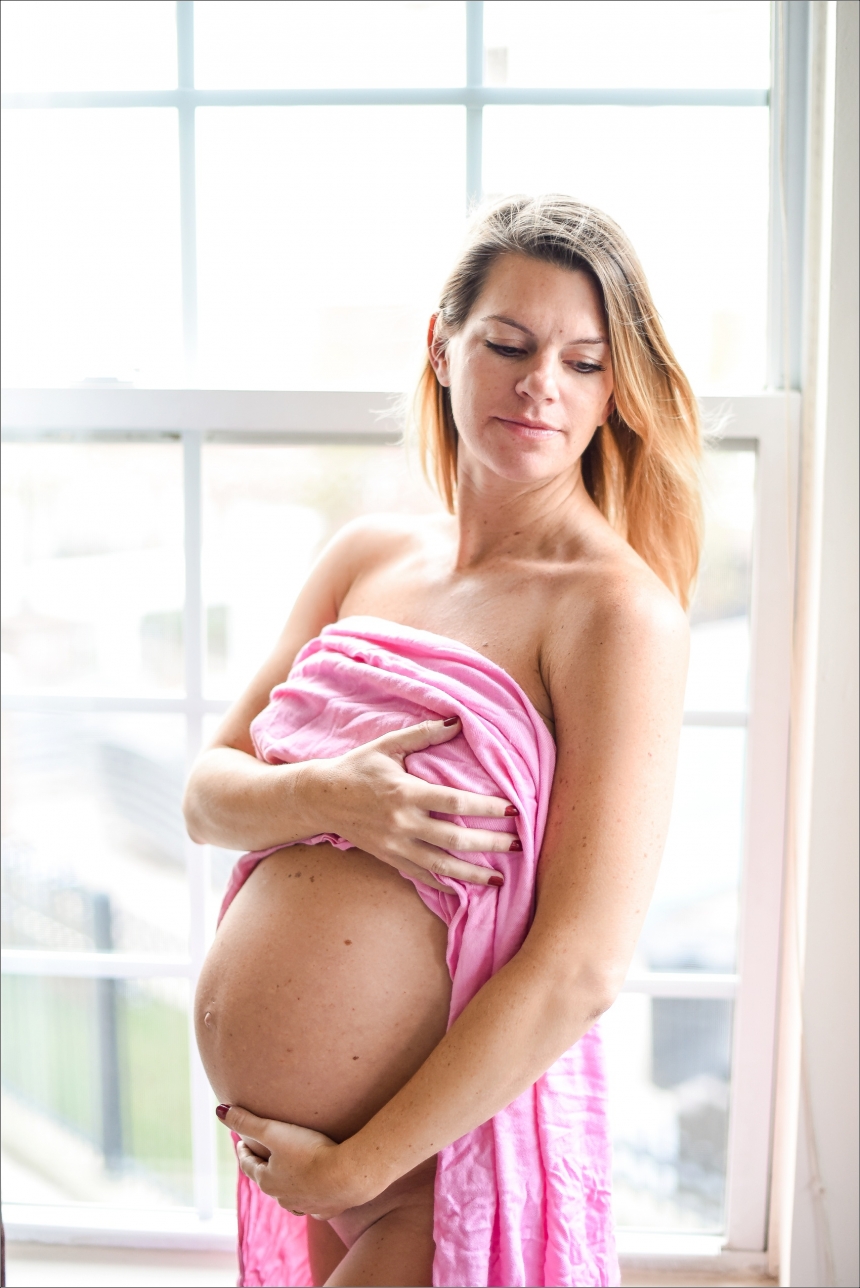 We arrived at Englewood Hospital & Medical Center and Rachael was all checked-in and ready. A few hours went by where Rachael was on a slow drip of pitocin to help get the process moving along. Of course, I had all my gear packed, charged, and ready for the call if they wanted me to capture their birth but I didn’t bring it up to put any added stress of having someone else in the room. It’s always been on my bucket list to capture a birth story because it’s truly witnessing a miracle, God’s blessing of life. But I was also apprehensive about it because I felt like I first needed to go through it myself and I’ve also had a history of passing out when in hospitals… However, Maury texted our group family text at 3:49 PM and said “Contractions picking up now. Allie, Rach wants you to take pics.” I immediately put my game face on, grabbed my gear, and headed for the delivery room.

I walked in, all the lights were off, and Pandora was playing in the background. Aside from the music in the room you could hear a pin drop it was so quiet. Rachael’s Mom was on the couch reading a magazine. Maury was sitting in a chair next to the hospital bed. Rachael was sitting up with her eyes closed, channeling in her contractions, which were now about 4 minutes apart. One nurse came in the room every few minutes to check on her. I sat in a chair next to Rachael. I put my camera on quiet mode and captured the room as it was for about an hour. She does a lot of yoga and put her meditation to good use, I think. The contractions were getting more and more intense… she was in the zone. The doctor walked in to check on her and said that the baby was ¾ of the way here and that in a few pushes we’d have a baby!! Let’s do this!

Within the next 60 seconds, there were several nurses in the room and everyone was setup and ready. Maury stood next to Rachael and was counting to 10 as Rachael pushed. Three, yes just 3 pushes later, we heard the sweetness of Ellie’s cry. Maury cut the umbilical cord and they placed her on Rachael’s chest. Maury kissed her head and they were in awe staring at their daughter for the first time. Watching them in this beautiful moment (among many others) melted my heart. A nurse carried Ellie to the other side of the room to record her weight, measurements, and footprints. Maury put on Frank Sinatra and Ellie’s cries calmed down right away.

Watching my brother’s face light up with excitement, seeing Ellie reach her little hand for her Daddy’s finger, watching Ellie open her eyes up at Maury for the first time, my parents holding their granddaughter, hearing the private announcement of baby girl’s name, Maury Junior meeting his sister… these moments I’ll never forget. I was overcome with emotion. My heart was racing. The true essence of family. The rawness of love. The start of a brand new adventure. It was a breathtaking experience. It was truly an honor to capture their birth story. This slideshow (get your tissues ready!!) that I put together will be a family keepsake, one that I will treasure always. I love you so very much Ellie. Love, Aunt LaLa. XOXO!!!

PS!! The last lullaby song in the slideshow was played on a cassette tape countless times for Maury and I when we were little.