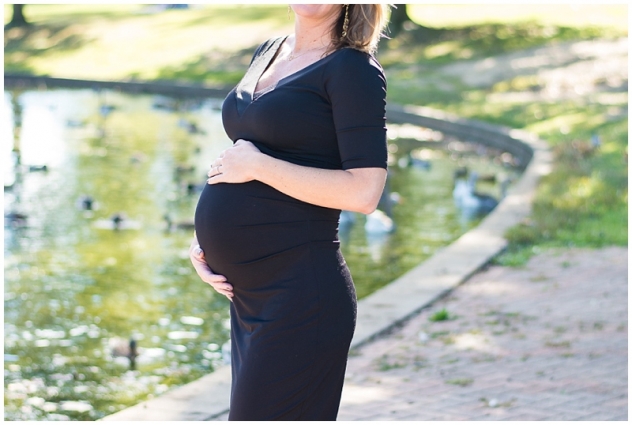 Remember when I told you that my brother and his wife Rachael moved to NYC? Well, they came back into town in early October for a wedding, a baby shower (hosted by me and some lovely ladies!), and of course we squeezed in some more maternity photos!! You may recall seeing some photos of them when I went to visit them in NYC over Labor Day weekend. On Saturday, before they headed off for a friend’s wedding, we headed down into the fan for some portraits. Their son is going to be named after my brother, Maury Junior. So, it only made sense to mosey on over to Monument Avenue to get some photos taken in front of the Maury statue. The sunlight was pretty strong during this time and they were standing in the middle of the road at one point… but they were troopers and I captured some good ones! 🙂

Maury used to own a house for years near Byrd Park. They both lived there for some time before heading off to NYC. So, we walked through Byrd Park for some portraits down by the lake. It was such a joy to see these two interact as parents-to-be! My sis, Rachael, was absolutely glowing!! I believe she has worked out everyday of her pregnancy — she looked incredible! Maury had a huge smile on his face the whole time too. Loved having the opportunity to spend this special time with them. Here are some of my favorites from the afternoon.

AND…!!!! They had their baby on October 28th! I am overwhelmed with happiness that I’m officially an AUNT!!!! He is SO cute I can’t handle it! Can’t wait to show you some sneak peeks soon!! 🙂 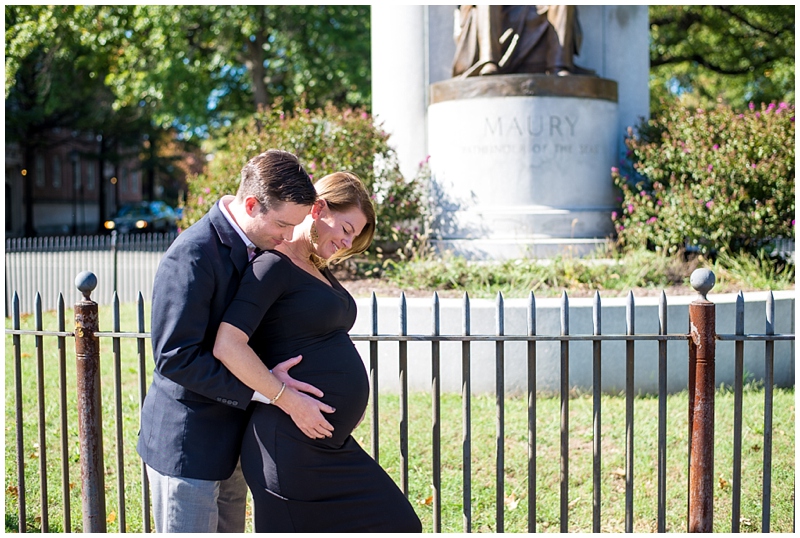