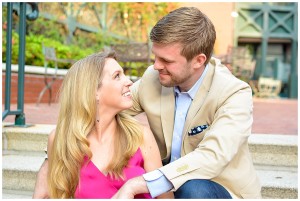 If you’re a sucker for a good love story — you’re in for a treat today!

These two lovebirds are ENGAGED!!! This engagement session was extra special for me because I’ve known Chris since I was in 7th grade — my how time flies! Our families grew up together and over these last few years I’ve gotten to know Christie. It warms my heart to see these two so happy and so in love.

They met the late summer of 2009 in an Atlantic City night club. He was there for a bachelor party and she was there for a media trip. It was actually my brother, Maury, who broke the ice; he had spotted Christie’s group of girls trying to take a picture and he volunteered to take it for them (it must run in the family!). Maury then introduced the guys to the girls, Chris asked Christie if she wanted to dance (to Billie Jean!), and it was pretty much love at first dance.

Up until this past March, they had never lived in the same city; instead, they spent the past 4 1/2 years trekking between NYC and Richmond, as well as, plenty of other traveling places along the way. For years, they kept telling themselves that it would eventually work out and that they would one day live in the same area code — but with both of their careers going so well, there was never really a convenient time for one of them to move. Finally, shortly after Chris proposed (while traveling in Ireland!), Christie decided make a drastic life change. She left her home of 10 years in NYC and her career so that they could have a life together, in the same city. Love conquers all! 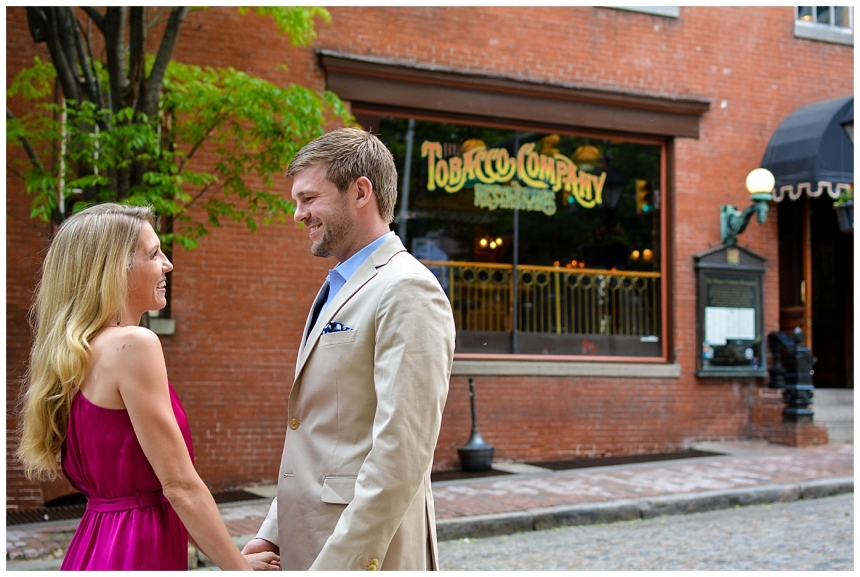 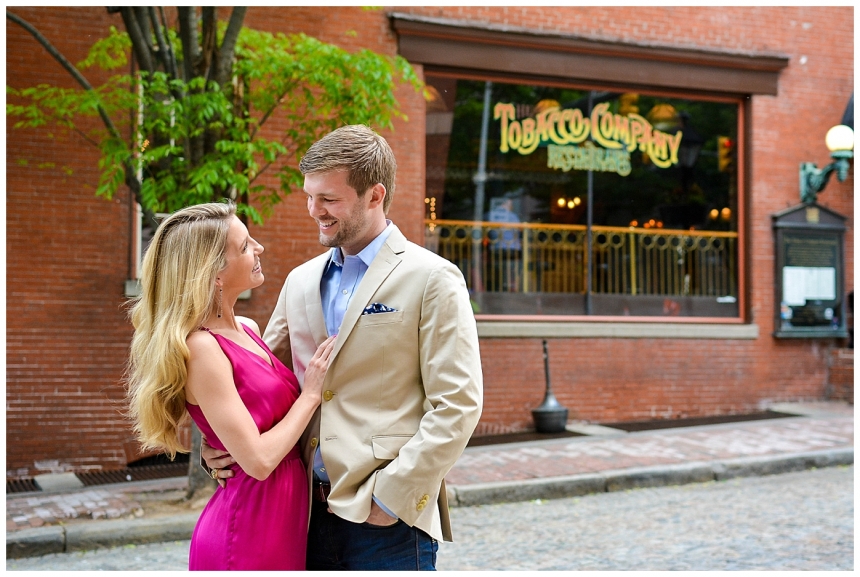 The streets were cleared for a bike race — perfect timing on our part for a casual stroll down the cobblestone streets!

The GQ Shot! Such models 🙂

LOL! This was Christie’s idea and it turned out so cute!

OBSESSED with this shot!

I jumped up and down when I saw this graffiti wall — Perfect for an NYC girl!

« The Gleeful Gourmand • HeadshotsFun Facts About Me »